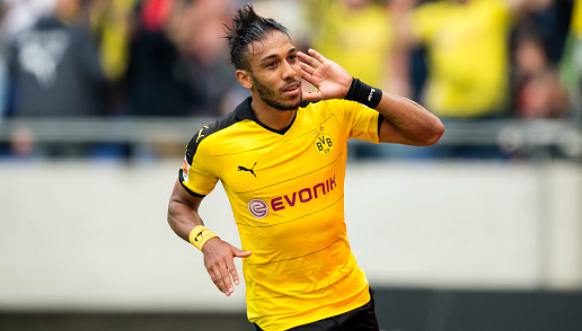 Borussia Dortmund picked up an impressive 3 – 0 victory over Mauricio Pochettino’s Tottenham on Thursday. The North Londoners need nothing short of a miracle in the second leg to advance to the next stage of the Europa League.

Thomas Tuchel’s Dortmund dominated the first leg of the tie at Signal Iduna Park. The hosts attempted 20 shots in contrast to Tottenham’s three. Aubameyang scored the opening goal for Dortmund at the half-hour mark. Marco Reus added two more in the second half to humble Spurs.

Barclays Premier League Manager of the Month for February, Pochettino claimed that he has no regrets to playing a weakened team against the Bundesliga giants. The Argentine manager made seven changes to his side and started with his best goalscorer Harry Kane on the bench.

“I am very disappointed with the result. It was a bad day in the office but we need to accept that,” he said.

“We picked the starting XI to try and win the game.”

“I am not worried, I know the circumstances,” Pochettino added. “We need to accept some periods during 10 months that we will have good and bad times.

“We have always had things good, it has only been in the last few games not so much. The players are very sad but we have to take the positives.”

“We were disappointed, but it was a very good test for us to compare to their level,” said the 44-year-old Argentine.

Spurs face Aston Villa at the weekend after which they will play host to Borussia Dortmund for the second leg at White Hart Lane next week. The likes of Harry Kane and Christian Eriksen need to step up if they want to reach the quarter finals of the tournament.

Tottenham are not the only failing London side in Europe this season. Chelsea were eliminated from the Champions League at the hands of PSG on Wednesday. Arsenal are also on the verge of going out as they face Barcelona at the Camp Nou next week.

Tottenham, who are currently second in the league table, are among the frontrunners to book the Champions League spot this season. However, such results suggest that the Premier League outfit is still not ready to face the elites in European competition.

I expect Tottenham will fall apart again and the fixture looks a good opportunity for prolific goalscorer Pierre-Emerick Aubameyang to blast one in.