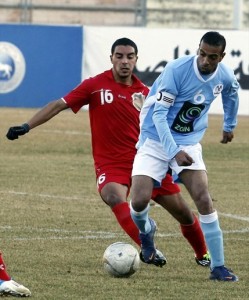 That Ras v Al Arabi football match will be 19.02.2103 at Al Karak, Jordan for Jordan Cup. The match will begin at 12:00 with GMT. That Ras home performance is not very bad but they still could win 2 matches in Jordan League at  the moment. However they have managed to get a draw against Al Arabi in an away match. Al Arabi had two red cards in that match and they couldn’t do much against That Ras. Two squad players won’t able to play in Al Arabi Squad in this match. That Ras has won 3 matches and got draw 2 matches in their last 5 home matches.   That Ras has lost only one match in Jordan League in home matches. Al Arabi had good away performance at away matches. They have won 4 matches, 2 draws and 2 loses at away matches.