Real Madrid v Galatasaray Football Match will be played on 03.04.2013 in the Estadio Santiago Bernabéu, Madrid for a first leg UEFA Champions League match. Svein Oddvar Moen will be the referee for this match.

Real Madrid has been playing well in the Champions League. Their only lost was against Borussia Dortmund in the group stages playing away, the score was 2-1.

At the start of this competition, they were drawn against strong oppositions and managed to go through along with Dortmund who managed to get the first spot in the group stages. They have also knocked out Manchester United in aggregate from the 2 legs, with a draw in the first leg and beating them 2-1 in the second leg playing away. Real Madrid will be playing at home in the first leg and will be strong favourites to win this match.

They have many key players. Their main key player to mention is Cristiano Ronaldo who has currently scored 28 goals in 28 appearances in all competitions. He will be the main player to look out for in this match and will be expected to score.

Malaga v Borussia Dortmund Football Match will be played on 03.04.2013 in the Estadio La Rosaleda (Málaga) for a first leg UEFA Champions League match. Jonas Eriksson will be the referee for this match.

Malaga has actually been playing well in the Champions League and a lot of people didn’t expect them to go this far in the competition. In all their Champions League matches this season they have only lost once and that was against Porto playing away with a 1-0 scoreline, before this, they haven’t lost in 8 straight games with lots of draws. Despite losing to Porto, they managed to beat them 2-0 at home in the second leg and won in aggregate. Malaga has never faced a German team before in the Champions league, it will be interesting to see if they can beat them at home.
Isco is one of their key players in this match. He is a highly rated youngster at only 20 years old with lots of talents. He will be the player to watch out for in this match. Lucas Piazon is another youngster, who is currently on loan from Chelsea and he could feature in this match.

Guangzhou Evergrande v Muang Thong football match will be played on 03.04.2013 at Tianhe Stadium in Guangzhou for an AFC Champions League match.

Guangzhou Evergrande football team are currently in 3rd position in the Chinese CSL table with 7 points. They are currently in the qualification position of the AFC Champions League for next season. In their last 5 matches they have 2 wins, 2 draw and lost once. In their AFC Champions League matches they have won twice, lost once and drew once.Their form has been quite patchy recently. 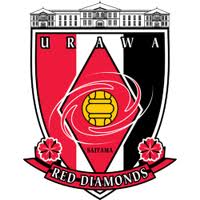 Urawa Reds v Jeonbuk Motors football match will be played on 03.04.2013 at Saitama Stadium 2002 for an AFC Champions League match.

Urawa Reds football team are in 2nd position in the Japanese J1 League table with 10 points. They are currently in the qualification position of the AFC Champions League for next season. In their last 5 matches they have 4 wins and drawn once. In the AFC Champions League matches they have won once and lost once.Their form has been good recentlty having not lost in 5 games in a row.

Persibo v Sun Hei football match will be played on 03.04.2013 at Stadion Manahan for an AFC Cup match.

Persibo football team are in 12th position in the Indonesian IPL table with 3 points. They are in bad form so far this season in both the IPL and AFC Cup. In their last 5 matches they have won twice and lost 3 times. Their recent lost was in the AFC Cup match losing to New Radiant at home with a surprising 0-7 scoreline. They will be looking to end this bad run of form. 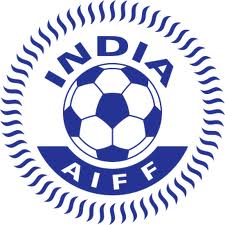 India v Guam football match will be in 03.04.2013 at Yangon, Myanmar for AFC Challenge Cup Qualification Groups match. Guam National Football Team has lost against Myanmar As I have expected but I wasn’t expecting them to lose with 5 goal difference in that match. Their football quality was quite poor. Actually their players are generally coming from abroad. I was expecting them to battle against Myanmar in first match but they were just walking on the pitch whole in match.