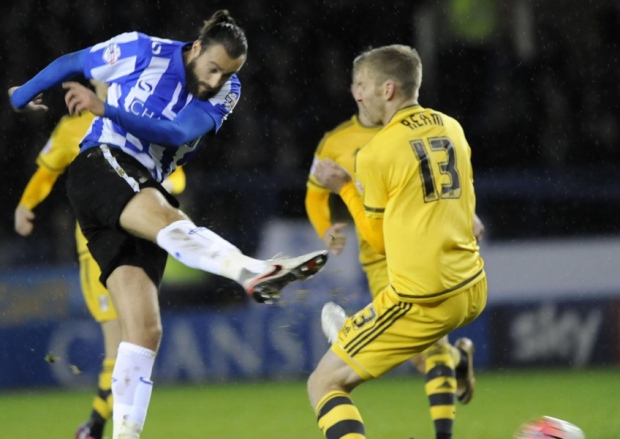 Sheffield Wednesday are in touching distance of the playoffs after registering victories against Wolves, Birmingham, and Fulham in recent weeks. Wednesday try to stake their claim by defeating a Leeds Utd side are unsettled this season.

Wednesday have been pretty effective at home, having won seven and drawn four of their first 12 games. Their success has been driven by an ability to score 22 goals over that period, while conceding only 10. Italian forward Fernando Forestieri has been the team’s leading scorer and helped to drive Wednesday’s revival in December.

Both teams already played out a 1-1 draw in August, so the technical ability of Forestieri will be critical if Wednesday are to get the goals they need to win this game. Wednesday also need to restore pride after losing 2-1 to Leeds in the Championship in April. Their recent form suggests they have the chance to do it.

Leeds owner Massimo Cellino has been a distraction ever since he bought the club. The erratic Italian recently refused Sky Sports personnel access to the club’s Elland Road ground for a 2-2 draw with Derby. However, Cellino eventually relented and allowed Sky to broadcast the game.

Amid the Italian’s crazy behaviour, Leeds have never looked like candidates to return to the Premier League. Currently, they find themselves in the middle of the table and unlikely to make a run at the playoff places.

For this game, Leeds could cause problems. Their away performances enabled the team to claim four wins and six draws out of their first 12 away games. However, the Cellino factor makes it so difficult for Leeds to maintain their focus, but that is more of an issue at home.

Sheffield Wednesday are generally strong at home, but they meet a frustrated Leeds team that are excellent away from Elland Road. This is the sort of game in which a playoff chaser can drop points amid greater pressure. Odds of 3.40 on the draw with Betfair are extremely rewarding for this game.