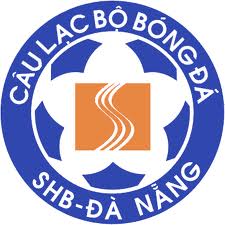 SHB-Da Nang FC v Ayeyawady United football match will be in 27.02.2013 at Da Nang, Vietnam for AFC Cup match. SHB-Da Nang FC has won Vietnam championship last year and they have deserved to join AFC Cup. They have reached quarter finals in AFC Cup in 2010. I don’t know if they can do came but I believe that they will qualify from group stage. Sebastian Gaston Merlo is the most valuable player of SHB-Da Nang. He played 66 matches at SHB-Da Nang  and he scored 62 goals for SHB-Da Nang. 28 years old Argentinian striker will be in SHB-Da Nang squad against Ayeyawady United. They have also signed with a Romanian player in this season. Sabin-Cosmin Goia will be a useful addition for their squad in this year. 30-year-old defender Sabin-Cosmin Goia was playing at Pecsi MFC in NB I (highest league of Hungary).

Ayeyawady United has joined AFC Cup for the first time in last year and they couldn’t pass to group stages. They got one draw against Indonesian team Arema Malang with 1-1 score and they have lost rest matches in away. They have lost against Malaysian team Kelantan (0-1) and  NB Sai Gon (1-4) in away.

Match Prediction: SHB-Da Nang FC Wins with more than one goal difference, There will be more than 2,5 goals in the match.