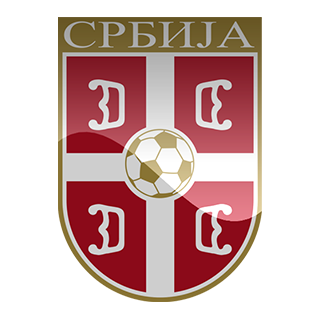 Thirty-six old Irish striker, Robbie Keane’s farewell to international football at the Aviva Stadium in Dublin on Wednesday night will cast a shadow on Republic of Ireland when they meet Serbia in a Group D qualifying clash for a berth in the finals of the 2018 FIFA World Cup. The Irishman will be making his 146th appearance and last appearance for his country in the friendly against Oman on August 31st and will not be around when his countrymen play the Serbs in Belgrade next week.

Ireland boss Martin O’Neill has recalled six players who could not make it to the 2016 Euros, viz. Marc Wilson, Harry Arter, Paul McShane, Alex Pearce, Eunan O’Kane, David Forde and Callum O’Dowda. Ace defender, Shane Duffy, will be missing from the Belgrade clash thanks to a red card against France in a Round of 16 clash of the Euro 2016.The wave of six inclusions by O’Neill was in the wake of nagging injury issues plaguing the squad. Defender John O’Shea (Sunderland) is still to recover from a groin injury suffered in a EPL match with Middlesborough. 24-year old midfielder Jeff Hendrick (Derby) who was very impressive for the Irish in the Euros has been out of action for over a couple of weeks with a hamstrung injury. Midfielders Eunan O’Kane, Harry Arter and defender Marc Wilson (all from Bornemouth) are saddled with injuries and look doubtful starters for Monday night’s encounter. With Robbie keane no longer around, the striking responsibilities will fall heavily on the shoulders of Jon Walters(Stoke) and Shane Long (Southampton). Martin O’Neill will seriously wish for the injury issues to be resolved somehow before the 5th September, if he intends fielding a full-strength side against a very formidable host nation. World class midfield power-house in the form of Nemanja Matic (Chelsea), his equally adept club-mate, Branislav Ivanovic, ace Manchester City defender plus creative attacker, Aleksandar Kolarov and the talented 22-year old winger Lazar Markovic from Fenerbahce are the kind of players the Irish will have to contend with in Belgrade.

On an international level, Ireland have won just one of their last five encounters and that too, a shock Euro 2016 Group match win against the Italians 1-0. Contrast this to the Serbians who have won three of their last 5 clashes and lost just one, a 0-1 loss to Poland. The Serbians are the most experienced World Cup campaigners in the Group D which is one more reason why the bookmakers are predicting an easy win for the them at the Stadion FK Crvena, Belgrade on Monday night.