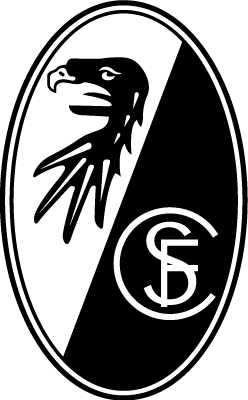 It’s a clash between two teams in the Top 10 of the Bundesliga table. While Herthe Berlin (6th place) is on a descent, the fortunes of SC Freiburg (9th) are ascending. Although 7 points separate the 2 teams, Freiburg will look to capitalize on their recent good form to score the desired three points at the Schwarzwald stadium on Sunday and move up the table. Christian Streich’s team have recovered remarkably after a spate of three straight losses in November. Since then, Freiburg have lost just one of their 5 Bundesliga outings and that, too, narrowly to champions Bayern Munich 1-2 on Saturday. In fact, they would have come out unscathed in that encounter too, but for a last gasp goal by Lewandowski for the visitors from Munich.While the strike force of Florian Niederlechner, Nils Petersen and Maximilian Philipp with 5 goals each have played a significant part in Freiburg’s revival, the defence has been a cause for some concern. The 29 goals that they have conceded this season is more than what a relegation candidate like 17th placed FC Ingolstadt have let in.

Hertha Berlin meanwhile have seen themselves slipping out of the top four zone, thanks a slew of losses in their last five outings since December. Of the three losses in that spell, one was a humiliating 0-1 to minions Werder Bremen (15th spot on the table presently) at home in Berlin. The other two were away defeats to Bayer Leverkusen and RB Leipzig. Of some note among their performances on the road was a 2-3 win against a somewhat struggling Wolfsburg (12th spot), their only win since December. At the Schwarzwald stadium on Sunday, Hertha will look to top scorers Vedad Ibisevic and Salomon Kalou to come up with the goods. The Berlin’s away games goal average look terrible. Compared to their home games where they have scored 15 and conceded just 4, they have found the back of the net in away games on only 10 occasions and let in a huge 15 goals. Freiburg look poised to capitalize on this statistic to the fullest on Sunday.    The odds are definitely in favour of the hosts winning the coming weekend clash.

The last time SC Freiburg made a trip to Berlin back in August 2016, they lost 1-2. That result could well be reversed at Schwarzwald-Stadion on Sunday.