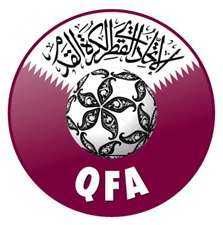 Qatar National Football Team are currently ranked 102 in the FIFA/Coca-Cola World Ranking. In their last 5 matches they have 3 wins and 2 losses. Their wins were against Malaysia in the Asian Cup Qualifications winning 2-0 and 2 friendly matches against Egypt 3-1 and Thailand 1-0, all playing at home. Their losses were against Bahrain in the Asia Cup Qualifications which ended 1-0 and Korea Republic in the World Cup Qualification Asia, which ended 2-1 all playing away. Their friendly matches have been quite good, most of their friendlies have been home matches and are currently unbeaten in 3 matches.

Palestine National Football Team are currently ranked 151 in the FIFA/Coca-Cola World Ranking. In their last 5 matches, they have 3 wins, 1 draw and 1 loss. 2 of their wins were in the AFC Challenge Cup, that beat Bangladesh 1-0 and Northern Mariana Islands with a huge scoreline 0-9. The other win was in a friendly match against Malaysia and that scoreline was 0-2. They also lost a friendly match against Kuwait, losing 2-1 playing away.

I predict Qatar will win this match, as they have been quite good recently in their friendly matches and I can see them winning this.