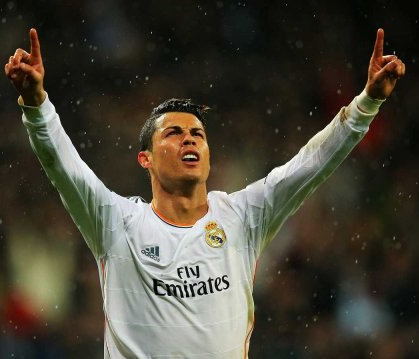 Both Switzerland and Portugal look set on the road to Russia for WC2018 having secured 24 and 21 points from the 8 games they have played so far in the Group B cluster. With 3rd placed Hungary at a faraway 10 points, there are no visible challengers to these two. Nevertheless, it will be a matter of pride for both teams with hosts wanting to avenge their 0-2 defeat in Basel in late 2016 and the Swiss wanting to maintain their all-win record.

Portugal coach Fernando Santos will no doubt look to his talismanic scorer and national icon, Cristiano Ronaldo to get goals at the Estadio da Luiz in Lisbon on Tuesday. Ronaldo has 78 goals from his 145 appearances for his country and will look to add more against Switzerland on Tuesday. The over-dependence of the Portuguese on Ronaldo has lessened to some extent with the advent of players like Bernardo Silva (Manchester City and ex-Monaco striker) and mid-fielders Renato Sanches (Swansea City)and Andre Gomes (Barcelona). The back looks more solid with Real Madrid veteran Pepe marshalling the space and playing his best game even at 34.

For the Swiss the scorers in their last 2-0 win over the Portuguese, Breel Embolo and Admir Mehmedi look set to start off in Lisbon. The mid-field will have the brilliant Xherdan Shaqiri (Stoke City) and Granit Xhaka (Arsenal) and key defender Stephan Lichtsteiner (Juventus) at the back. But the Swiss defense could get severely tested by a Portugal attack that already has 28 goals from their 8 Group games of which Ronaldo himself has 10. In contrast, the Swiss have managed just 18 goals despite having won all their 8 outings in the Group B cluster. Both Portugal and Switzerland have been miserly as far as conceding goals goes, letting in just 4 and 3 respectively in their Group fixtures.

Both teams have met just twice in the last 2 decades, once in 2008 and the other in 2016. On both occasions, Switzerland have prevailed 2-0 thus giving them a slight psychological advantage going into October 10th’s Lisbon clash.

But given Ronaldo’s current form and a much stronger Portugal outfit, the hosts are favorites to win the Estadio Da Luiz clash.