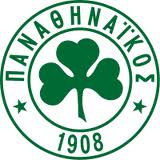 Olympiakos Piraeus Football Team are currently sitting in top position in the Greece Super League table with 73 points and they are 17 points in front of 2nd place PAOK. They have been really good this season and with only 2 matches in the Super League remaining, they are guaranteed to win the title. Olympiakos Piraeus are currently unbeaten in 8 matches. Their last loss were against Atromitos, which ended in a 2-3 scoreline, playing away. Their recent match was against Platanias, which they beat them 0-4 playing away. They will have the confidence to win this match and continue their unbeaten run of results.

Panathinaikos Football Team are currently sitting in 7th position in the Greece Super League table with 36 points and are just outside the Champions League qualifiers Play-off positions. In their last 5 matches, they have 2  wins and 2 losses and 1 draw. Their recent match was against Panionios, which ended in a goalless draw. This match will be tough for them.

I predict Olympiakos Piraeus will win this match, they are in form and have been good at their home matches and also away matches. This match should be quite easy for them.