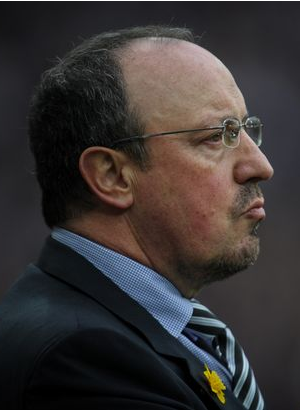 Newcastle United will travel to Carrow Road for the crunch tie against Norwich City on Saturday.

Norwich are currently in the safe zone but a slip-up can pull them back into the relegation zone. Newcastle are currently 19th in the league table with eight matches still to go. Rafa Benitez’s first two games with Newcastle didn’t produce ideal results. The former Real Madrid boss earned a point from the two games and will hope to return with all three points at Norwich.

Newcastle were held by Sunderland at home in the last game week. Norwich, on the other hand, picked up a crucial 1 – 0 win over West Brom.

With four losses and one draw from their last six league games, the Toons have a poorer league form than their opponents on Saturday. Alex Neil’s team have lost three and drawn two of their last six matches.

Newcastle grabbed a big 6 – 2 victory over Canaries in the first half of the season. Wijnaldum scored four times in the home team’s triumph in October 2015.

According to betting sites, Norwich are the favourites to grab all three points after the referee’s final whistle at Carrow Road. It will be interesting to see if Benitez will be able to grab his first league victory with Newcastle against the odds.

Aston Villa need a miracle to climb out of the relegation zone as their performances and results have been dire since the start of the season. They have lost 21 times this season and have managed only three victories from 31 matches.

The Villans will most likely be joined by two teams out of Sunderland, Newcastle and Norwich. The fight to stay in the Premier League is very tight this season and it can certainly go down to the wire.

This looks like a scrappy one, with both teams not in the best of form. I think it will be a tight game with neither side wanting to drop any points.