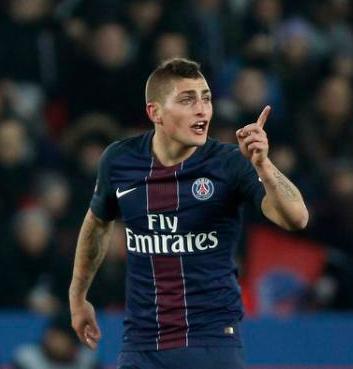 Paris St Germain are now tied at 80 points with Monaco at the top of the Ligue 1 table, thanks to their 2-0 win over Montpellier on Saturday. The Parisiennes’ forthcoming weekend rivals, OGC Nice, botched up their title hopes by drawing with 11th placed Toulouse 1-1 away at the Stadium Municipal last weekend. A needless 2-2 draw to relegation candidates, Caen, in March and a 1-1 draw with Nantes to follow that up, didn’t help their cause either. The upshot of this has been that Lucien Favre’s men find themselves six points behind Paris SG at 74 and slipping to the 3rd spot in the Ligue standings after being in the 1st place for the better part of 2016.

After an embarrassing 0-0 at home to Toulouse in February, Unai Emery’s men have won 8 straight games including a thumping 1-5 away win at Marseille. Emery is likely to play the 4-3-3 formation that has worked well for his team in recent times. Edison Cavani and Angel Di Maria will be spearheading the attack for PSG. They have been further bolstered by the return of Xavier Pastore, the dynamic Argentine forward, who face quite a few injury issues earlier in the season. The mid-field support to PSG’s attacking initiative looks formidable too, with folks like the speedy Blaise Matuidi, Thiago Motta and Marco Verratti filling up the space in the middle.

For Lucien Favre’s Nice it will be the usual 4-2-3-1 formation although they have been a bit short in the scoring department of late. It took an irregular like Valentin Eysseric to score the face-saving equalizer against Toulouse while one of their mainstays, Mario Balotelli, will be expected to deliver in Sunday’s big match. The Italian striker has found form after his arrival to Nice, getting 13 goals from his 19 appearances for his club in the 2016-17 season so far.

OGC Nice haven’t lost a game at home at the Allianz Riviera stadium this season and one of the highlights of this good home run was a shocking 4-0 win over Ligue leaders and UEFA Champions semi-finalist Monaco last September.

Nice will indeed be a hard to team to beat at home, but their history with Paris SG isn’t very comforting for their fans. Barring a 2-1 win at home way back in the 2012/13 season, the southern French club haven’t won a single of their 9 matches following that and in fact lost eight of them on the trot. The Parisienne club’s last 2 visits to the Allianz Riviera had resulted in 1-3 and 0-3 wins. No wonder, the bookmakers’ odds are overwhelmingly in favour of PSG walking away with the match on Sunday, although one should not overlook the odds for a drawn game by any means.