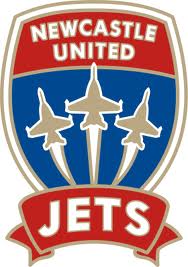 Newcastle Jets v Perth Glory football match will be in 08.03.2013 at Newcastle, Australia for Australia A-League match. It’s very important match for both teams. Australia A-League will end soon and both teams want to qualify play-off matches at the least. Newcastle Jets has one of the worst home performance in Australia. They got 5 wins, 3 draws and 3 loses at home matches in Australia. Newcastle Jets didn’t lose 6 matches in a row at home. They got a draw against Brisbane Roar in their last home match with 0-0 score. Emile Heskey and Ryan Griffths are in form at Newcastle Jets and they are the most goal scorer players of the team. Newcastle Jets needs to win this match if they want to qualify play-off matches at the end of normal season. Ryan Griffiths performance will be decisive for match result.

Perth Glory is having problems away matches. If they could be better at away matches they wouldn’t have any problem in the league for promote play-off matches now. They got 1 win, 1 draw and 9 loses at away matches and they have lost 5 matches in a row at away matches. Their last win was against Brisbane Roar in 21.12.2012. Shane Smeltz is the most valuable player in Perth Glory squad and he has scored 7 goals for Perth Glory this season. His performance didn’t help much Perth Glory and they are close to stand bottom of the Australia A-League at the moment.