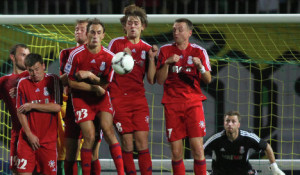 Mordovia Saransk is currently in 15th position in the Russian Premier League table with 15 points and is in danger of being relegated. In their last 5 matches, they have won 2, drew 1 and lost twice. They won their recent match against Krylya Sovetov playing away with a 0-2 scoreline.

Krasnodar are currently sitting in 8th position in the Russian Premier League with 34 points joint with Terek Grozny who sit just below them. Their recent form has actually been good. In their last 5 matches, they have won 4 and lost once. They won their recent match against Anzhi playing at home with a 4-0 scoreline.

I predict Krasnodar to win this match, as their form has been good but they are playing away, which will be harder to win. Mordovia Saransk will most likely play at their best level and try to get out of the relegation zone.