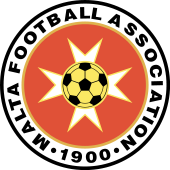 Malta v Italy football match will be played on 26.03.2013 at Ta’Qali, Malta for a World Cup Qualification match for the 2014 World Cup.

Malta National team have been really poor in their World Cup Qualification matches, having lost all their matches. Their biggest defeat were a 0-6 lost playing away to Bulgaria. Their only goal were scored against Czech Republic with a 1-3 loss at home. With the current form they are in, I will see them struggling to beat Italy at home. I am sure they will try their best in this match to get the points they need but it is very unlikely that they will win.

Italy national team have been playing well, winning most of their World Cup Qualification matches, against Malta beating them 2-0 at home, Armenia 1-3 away and Denmark 3-1 at home. With the talented players that the Italian squad has I can see them beating Malta in this match. Italy will be playing away and that doesn’t really help, so I will go for the same 0-2 score line they did at home when they last played them last time.