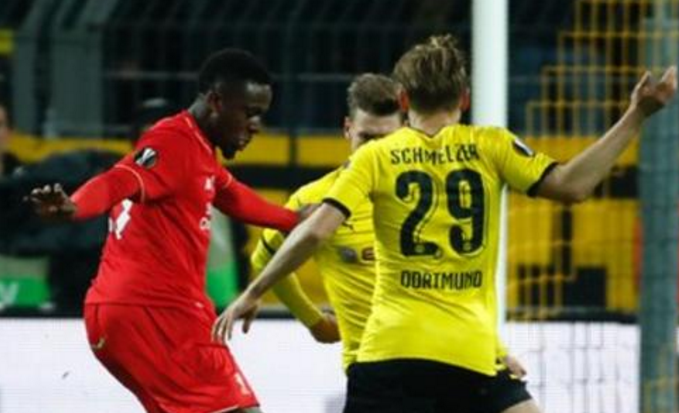 Liverpool held Borussia Dortmund to a 1 – 1 draw at the Signal Iduna Park on Thursday. The Merseyside giants will play host to the Bundesliga outfit on April 14th for the deciding leg of this quarter-final tie.

Jurgen Klopp made an emotional return to his former club, 11 months after his departure from the helm. The German coach set up his team perfectly well and it is safe to say that the English giants have an upper hand over Dortmund. Divock Origi was given the nod ahead of established strikers Daniel Sturridge and Christian Benteke. The risk paid off as the Belgian forward gave visitors the lead in the 36th minute. However, the home team equalized just two minutes after the half-time break. In the 48th minute, Mats Hummels scored a header past Mignolet.

Both the teams attacked throughout the ninety minutes but none of them was able to find the winning goal. A draw seems to be a fair result and there are definite promises of an even more exciting second leg in England.

Liverpool have bagged a crucial away goal and they will also have a home advantage in the second leg. However, the tournament favourites Black and Yellows are still tipped to go advance to the next round.

Origi was delighted with his performance on Thursday and is hoping that his team would beat Dortmund next week.

“It was playing a big team and as the striker I had a big responsibility but I felt the support of everybody from the coach to my team-mates and the fans.

“Everyone tried to help me as much as possible and it showed in my performance,” he added.

“You can feel the support and it gives me a boost. It does make a difference to experience that.

“Everyone said I should play to my qualities, which is getting in behind the defenders and taking them on one-on-one and of course, importantly, scoring.

The 20-year-old believes that neither team has the favourites tag as of now.

“For me, there’s no favourites,” added Origi, who could make way for Sturridge to return against Stoke on Sunday.

Despite Origi’s eexuberance I think Dortmund will win this game. They will come to attack given the away goal and Liverpool’s defense will not hold up.