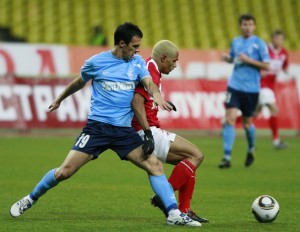 Krylya Sovetov v Silkeborg football match will be in 20.02.2013 for a friendly match. Krylya Sovetov wasn’t very good at Russia Premier League and it seems they will play play out match at the end of season. Thay have played two friendly matches in their holiday They got a draw (it was against Slaven Koprivnica and they got draw with 0-0 score) and a win (HNK Rijeka). Krylya Sovetov has offensive problems at their squad and they are hardly score in their matches. Silkeborg was at similar position with Krylya Sovetov in Denmak Superliga. They have made four friendly matches and they could manage to beat Albanian team Skenderbeu Korce and AGF Arhus with same scores 4-2. They got a lose against Rapid Wien 2-1 and draw against Mattersburg 1-1.