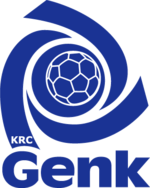 KRC Genk v Stuttgart football match will be in 21.02.2013 at Genk, Belgium for UEFA Europa League match. had good results at European Cups in this season. They got advantage against Stuttgart in first match and they got a draw with 1-1 score. KRC Genk has played 5 matches at home in Europa League and they have won 4 matches and got draw in one match. They have beaten FC Aktobe, Luzern, Videoton and Sporting Lisbon in home matches and they got draw against Basel. Young captain of KRC Genk Jolle Vossen is the most valuable player of KRC Genk squad. 23 years old striker has scored 16 goals and made 5 assists in KRC Genk.  He will play against Stuttgart. There’s no injured and banned players in KRC Genk squad.

Stuttgart got 2 wins, 1 draw and a lose in away matches in Europa League. They got draw against Dinamo Moscow, lost against Norwegian team Molde FK and win over FC Copenhagen and Steau Bucuresti. Defender Georg Niedermeier is banned for this match and he won’t be in Stuttgart squad. Tunay Torun (striker), Cacau (striker) are injured and they won’t be in pitch against KRC Genk.  Bosnian striker Vedad Ibisevic will play in this match and he is the most valuable player of Stuttgart squad. Stuttgart fans expecting much from them.