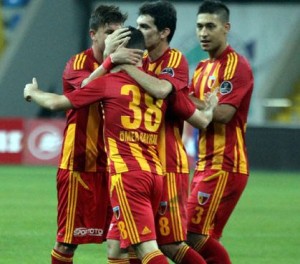 Kayserispor v Genclerbirligi football match will be in 24.02.2013 at Kayseri, Turkey for Turkey Super League. I believe Kayserispor will finish to season at the middle of standing stable at the end of season.  Their performance has raised in last weeks and they didn’t lose 4 matches in a row. They have beaten Antalyaspor, Eskisehirspor and Akhisar Belediyespor and they got draw against Orduspor.  Kayserispor has 4 important player abscense in this match. Kayserispor has transferred Steinsson in winter and he has injured a few weeks ago. Icelandic defender Steinsson won’t play in this match too. Striker Bobo, Midfielder Riveros and Cleyton are banned and they won’t be in Kayserispor aquad against Genclerbirligi.