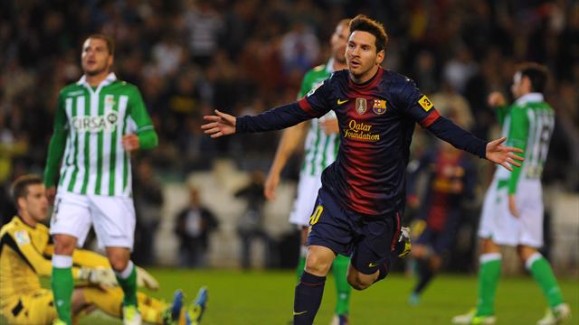 Juventus have been the surprise package of this year’s Champions League, beating current holders Real Madrid 3-2 on aggregate to secure their appearance in the final. After replacing former manager Antonio Conte with Massimiliano Allegri last summer, the Old Lady have moved on admirably.

Talent was never an issue for Juventus, but Serie A sides have struggled greatly in Europe in recent years. Therefore, it was not a guarantee that Andrea Pirlo, Paul Pogba, Arturo Vidal, and Claudio Marchisio would peak in Europe.

Barcelona and new manager Luis Enrique endured major scrutiny throughout the season, but they fought on and already have a league title in the trophy cabinet. A Champions League win would mark a sensational first season for former player Luis Enrique.

Juventus faced a Real Madrid side that was utterly exhausted, with Toni Kroos having missed on rest time ever since the season-ending injury to Luka Modrić. Juve were able to take advantage with strikers Carlos Tevez and Álvaro Morata. That will not be so easy against an energetic Barca side.

Pogba, Vidal, and Marchisio are powerful midfielders. Juventus need them to bully the Barcelona midfield and control possession. By holding the ball and unsettling their opponents, they will be able to hinder the supply to Barcelona’s world-class strike force of Leo Messi, Luis Suárez, and Neymar.

Luis Enrique will likely continue with his midfield trio of Andrés Iniesta, Sergio Busquets, and Ivan Rakitić. While Iniesta and Busquets have both won the Champions League before, Rakitić has vital trophy-winning experience from lifting the Europa League last season. Getting the better of them will be extremely tough.

A concern for Juventus should be their three-man back-line. Massimiliano Allegri occasionally switched between three and four at the back. While tactical versatility can be beneficial, the lack of a definitive defensive approach could prove fatal against the world-class attacking talent of Barcelona.

Barca showed against Bayern Munich that high-scoring matches are common for them. Both teams scoring at 1.90 appears to be safe here. For winning the match in 90 minutes, Barcelona are the stronger play at 1.61.