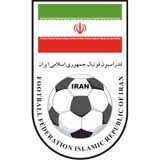 Iran v Lebanon Asian Cup Qualification Group B Football Match will be in 06.02.2013 at Tehran, Iran. Iran National Football Team haven’t got good and expected results in 2012 but I still believe that they are one of the strongest teams in Asia. In 2012 Iran 2 wins 2 loses and a draw in World Cup Qualification group. They have met with Lebanon in an away match and they have lost against them 0-1. That was only win of Lebanon in WQ. I believe it was just an accident for Iran. Portuegese head coach Carlos Queiroz has called-up ideal squad of Iran for this match. Just 29 years old experienced goalkeeper Mehdi Rahmati haven’t called-up. He had capped 74 times for Iran National Football Team. I think Alireza Haghighi from Rubin Kazan will replace him in this match. Alireza Haghighi capped 5 times for Iran.

Both teams last match was in World Cup Qualification in 2012 and Lebanon won 1-0 against Iran in that match. Iran hosted Lebanon in Tehran in 2004 and Iran has won that match with 4-0 score.