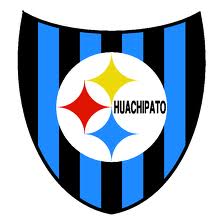 Huachipato v Caracas FC football match will be in 20.02.2013 at Talcahuano, Chile for Copa Libertadores group stage match. Huachipat had shocked victory against Gremio in away in their last match of Copa Libertadores with 1-2 score. Wins against Brazilian teams gives important advantage to teams for promotion from group stages. Huachipato got an important advantage and they should use it wisely. Huachipato has played one match after their victory against Gremio and they got a draw against Cobreloa in an away match with 3-3 score. Their position in the league is not promising for the future but I guess they will fix local league problems soon

Caracas FC has lost against Fluminense in first match as I have expected. The match was at their home and they were close to get a draw at the least. They have lost match with 0-1 score. Caracas FC away performance in CONMEBOL is very poor and I don’t think that they will get any result in Chile.