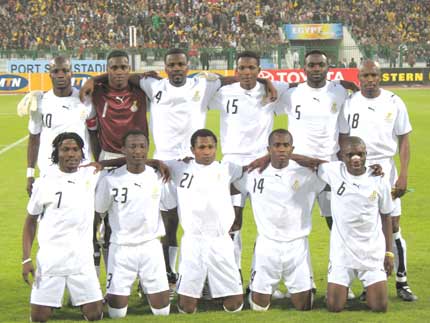 Ghana National team will play this last friendly match before they head off to Brazil for the Wolrd Cup. Ghana have been disappointing lately as they suffered 3 defeats in a row. It was against Libya 0-0 losing on penalties, Montenegro 1-0 and Netherlands 1-0, the only positive of it all is that they were the away team, so its fair to say they weren’t the favourites to win the match anyways. This match is different, as they will be playing at home, and they are expected to win this match. Ghana National team are currently ranked 37th position in the FIFA/Coca-Cola World Ranking, which was just updated in June.

Korea Republic National team are also qualified for the World Cup this year and this is their last friendly match before they take on Russia for their first group match. Korea Republic have actually been really disappointing lately. In their last 5 matches, they have recorded 3 losses and 2 wins, their losses were against Mexico 4-0, United States 2-0 and Tunisia 0-1. They are disappointing results. This match will be tough for them but they will be looking to try and win this match and get prepared for the World Cup. Korea Republic are currently ranked in 57th position in the FIFA/Coca-Cola World Ranking, which was just updated in June.