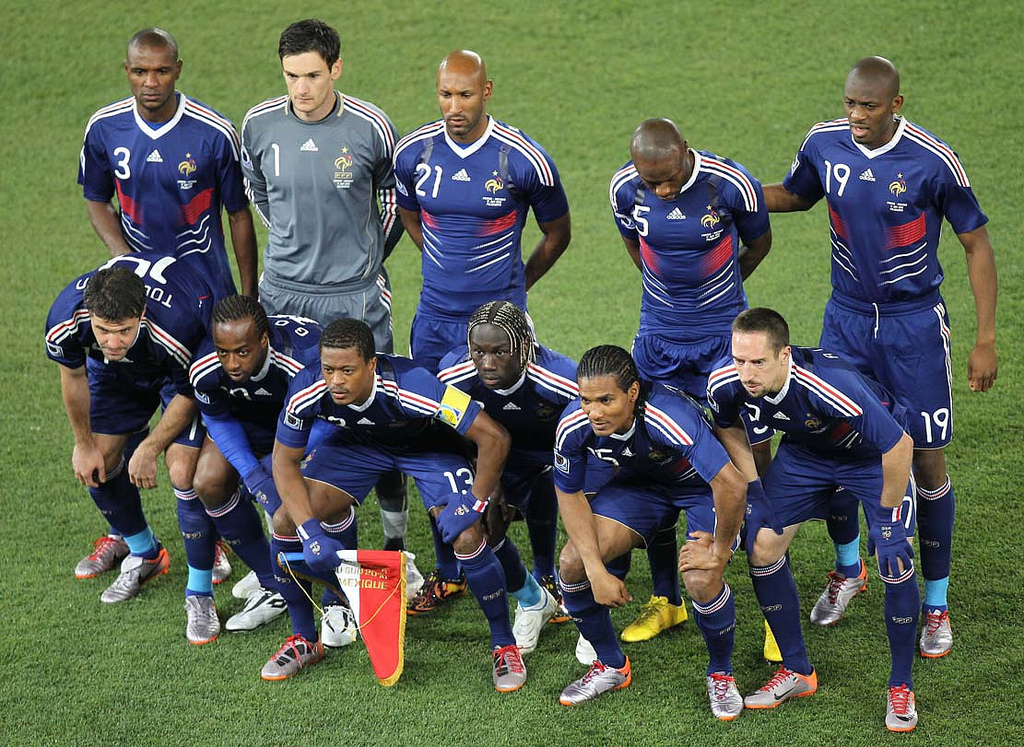 France National team will start their first group stage match, they are in Group E and their first match will be against Honduras. France have been outstanding lately.

As you can clearly see, they have many wins. They beat Belarus 2-4 playing away then managed a 6-0 thrashing against Australia and beat Finland 3-0. After these matches, they played against Ukraine in the WQE and managed a 2-0 loss away, despite this loss, they quickly forgotten it, as they won 3 clean sheets in a row, against Ukraine 3-0, Netherlands 2-0 and Norway 4-0, then came a disappointing 1-1 draw against Paraguay but thats not it, they just recently thrashed a thumping 8-0 against Jamaica at home, maybe this was a sign to show other teams how strong they are. France are now full of confidence as they head for their first World Cup match. France will be looking to gain the 3 points they need to give pressure on the teams in their group.

France key players to look watch out for are: Karim Benzema, who will be their main striker. He has been outstanding for club and country and will be the man to look out for. Another key player to look out for is Paul Pogba, he is only 21 and there are many clubs scouting him. Nasri was not selected for the World Cup squad this year, which is really disappointing and Ribery is out injured.

France National team are currently ranked in 17rd position in the FIFA/Coca-Cola World Ranking, which was just updated in June. This is a rather low ranking for them, back in around 1998 – 2006 they managed under 5 rankings.

Honduras National team have been really poor, let me just show you some of their stats and you will see why:

As you can see, Honduras are in poor form lately. The most disappointing result was the 0-5 loss at home, which they could have defended a bit better, anyways that was only a friendly so it will be fine for them. They went on to draw against Ecuador but beat Venezuela 2-1. Then they lost against Turkey 0-2 and Israel 2-4 but drew against England, which we can give some credit for. Now they will be playing France who is a really strong team this year, so it will be interesting to see if they can defend well.

Honduras key players to look forward to are: Carlo Costly, he is 31 years old and has scored the most goals for his country and this will most likely be his last final World Cup. Hopefully he wont be costly ;).  Another key player to look out for is Jerry Bengtson, he is only 27 years old and already scored 19 goals in 44 appearances, which is quite impressive. Hopefully we can see him score a few more goals for his country in the World Cup.

Honduras National team are currently ranked in 33rd position in the FIFA/Coca-Cola World Ranking, which was just updated in June. This is a rather good ranking for them, as its one of their lowest in so many years. Last month they were in 30th position.

We predict France will win this match, as we personally think they are a stronger team this year and will be looking to gain the three points in this match.