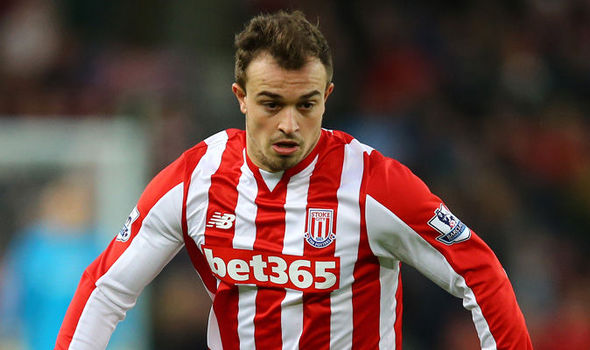 Everton’s start to the 2016-17 has been quite good. Beginning under the new coach, Ronald Koeman, they drew their opener with League runners-up Tottenham at 1-1 and followed it up with a 2-1 win over a doughty West Bromwich Albion in an away encounter last Saturday.

Everton’s new found penchant for attacking play can be attributed to the introduction of their new import from Crystal Palace, 27-year old Congolese winger, Yannick Bolasie. The defense is much stronger thanks to the signing of Welshman Ashley Williams who performed well against Stoke. He will have the likes of Holgate and Jagielka at the back to give him company. James McCarthy and Gareth Barry will constitute the backbone of the Everton midfield with the latter providing the attacking edge.

Koeman is more than delighted with his side’s performance even without their star striker, the brilliant 23-year old Belgian Romelu Lukaku valued at £60million.Recovering from a heel injury, the mercurial Lukaku may very well make an appearance at Goodison park on Saturday, which is bad news for Stoke City already reeling from a weekend defeat of 1-4 at the hands of Manchester City.

It won’t be surprising if Stoke get a goal or two even though the odds are stacked up against them. They have real quality upfront in the form of the super Swiss, Xherdan Shaqiri and winger/attacker, Bojan Krkic. In fact the only two goals for Stoke in their last two matches have come from them. Stoke will have to stop leaking goals and it will be up to folks like Ryan Shawcross to marshall the defense at Goodison Park. The one thing Mark Hughes’ men can take consolation from is history – although, Everton have won three of their last five encounters between these two, Stoke won the last two games at Goodison Park. But it will be an uphill task for the visitors on Saturday and the odds very much seem to suggest that.

Both Teams to score seems the value option in this match, at over evens this is a good bet with both teams fancied to put at least 1 in the back of the net.

Click Here to Get Triple Odds on this tip at 888Sport