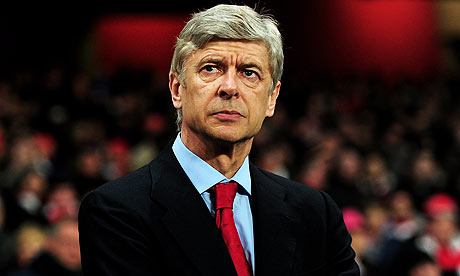 After their 0-4 crushing at Anfield in August, Arsenal seemed to have regained some lost ground by remaining unbeaten for 4 consecutive Premier League outings. But, any hopes of a revival were dashed by a 1-2 defeat to Watford at Vicarage Road on Saturday. The Gunners were a bit unlucky to have lost the match and were prey to some poor refereeing decisions resulting in a Watford penalty in the 71st minute only to be finished with an injury-time goal by Hornets striker Tom Cleverley. An Arsenal sans Alexis Sanchez were impressive in moments and had many as 6 shots on the goal. It was some stellar work by Watford goalie Heurelho Gomes that robbed Arsene Wenger’s men of a certain win. The Gunners defence of Laurent Koscielny, Pert Mertesacker and Nacho Monreal did a good job at the back allowing the opposition just 2 shots on the target (the misfortune for the Gunners was that they both got converted into goals).

Despite the loss at Vicarage Road, Arsenal look a better side than they were at the beginning of the season and it is with some optimism they travel to Goodison Park next weekend for a Premier league showdown with Everton. Sanchez who was rested for the upcoming mid-week Europa League clash against Red Star Belgrade should be in the starting XI for the Everton game. He will have company upfront from the likes of Danny Welbeck, Sead Kolasinac, Olivier Giroud and Alexendre Lacazette.

Ronald Koeman’s Everton, meanwhile find themselves on the brink of relegation territory thanks to a miserable spell of 6 games where they have just a solitary win to show. The Toffees have managed just 5 goals from their 8 games with their £45 million acquisition from Swansea, Gylfi Sigurdsson, Wayne Rooney, Dominic Calvert-Lewin and Tom Davies turning out to be complete no-shows this season. Their defence, marshalled by the seasoned club veteran Phil Jagielka, has been in total shambles conceding as many as 13 goals. Despite a mediocre performance this season, the Gunners have been getting goals intermittently and the brittle Toffee defence should see the visitors scoring for a second time in an away game in the 2017-18 season (the first one came against Watford).

The Gunners will be returning from a Europa League clash at Belgrade before the Goodison Park game, while Everton will be making a very difficult trip to Lyon. While Arsenal top their Europa League group with 2 wins so far, Everton are the bottom of theirs with one loss and a draw and look to be on the way out of the tournament.
The Gunners have won all five of their previous 6 games against Everton with the only defeat coming at Goodison Park last year. With the dismal form Everton are in, even a not-so-confident Arsenal side look the favourites for the October 22 game. Even in the event of an Arsenal win, their progress or decline from their current 6th spot could be decided by the outcome of Saturday’s Chelsea-Watford clash.