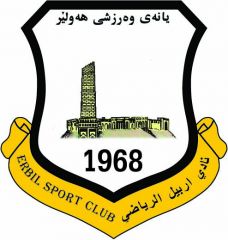 Erbil v Al-Ahli Taizz football match will be in 05.03.2013 at Erbil, Iraq for AFC Cup match. Erbil SC is one of the strongest clubs in this tournament. They have plaed final at AFC Cup last year and unfortunately they have lost against Al Kuwait in AFC Cup Final with 0-4 score. They had an opponent from Yemen in group stages too and they got a draw and a win against them. Erbil SC has three forigners at their squad at the moment.

Al Ahli Taizz is a Yemen football club and it will be a too hard match for them. Al Ahli Taizz has firstly qualified for an intenational tournament this year. Al Ahli Taizz have beaten Syrian team Al Wahda at AFC Cup Qualification match and they came to group stages.ü