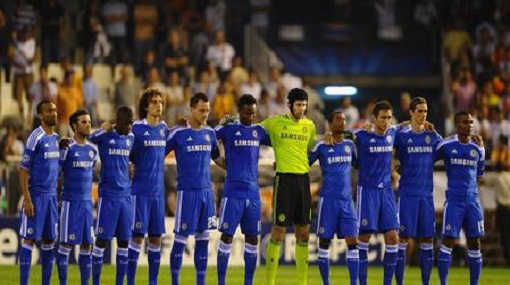 José Mourinho is currently the most divisive manager in the Premier League. And once more he has divided opinion by tossing his runners-up medal from the Charity Shield into the crowd and rowing with Arsène Wenger during the Blues’ penalty loss. His next challenge is to guide Chelsea to their first competitive win of the new season.

Garry Monk had an excellent outing in his first full season as Swansea City manager, guiding the Swans to an eighth-place finish. Monk was even able to keep Swansea off track after losing star striker Wilfried Bony to Manchester City in January. A top-half finish will be the minimum expectation for Monk this season.

Diego Costa performed well in his first season as a Blue, scoring 20 times in the league. However, the concern with Costa is that he spent a lot of time on the treatment table, and is expected to start this new season injured. Not having a fit Costa makes it much tougher for Chelsea to score heavily.

Mourinho has been quiet in the transfer market, only adding Man Utd misfit to complement strikers Costa and Loïc Rémy, the latter of whom was injured several times last year. A concern for this weekend is that Chelsea will struggle to score goals.

Swansea have talent throughout their team, from captain Ashley Young in defence to Gylfi Sigurdsson playing behind the front line. But Swansea initially struggled without Bony when they lost him last season. However, they managed to prepare for this season by getting former Lyon striker Bafétimbi Gomis to perform.

For all of the talent that Swansea possess, they need to have a striker scoring goals. That is when they are at their most effective. Swansea can play securely in defence and can string counter-attacks together, but their strategy will fall apart if Gomis is injured for a larger portion of the season.

Chelsea are unlikely to have Costa, so Mourinho will be happy to secure one of his famed narrow victories.