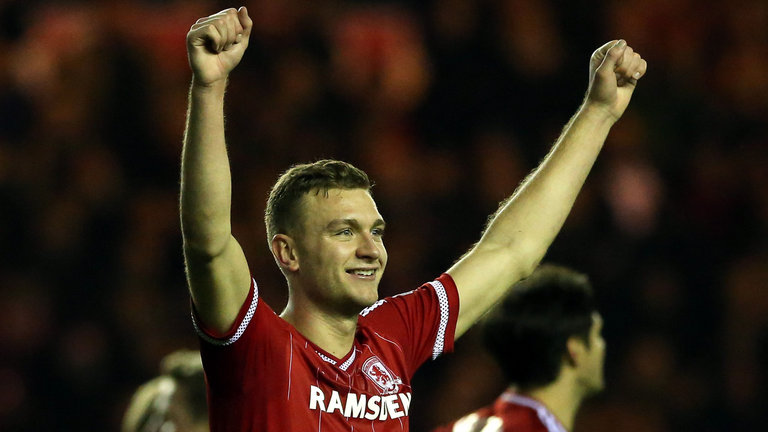 Middlesbrough’s superb December form has made them favourites to win the Championship title and earn guaranteed promotion back to the Premier League. Manager Aitor Karanka has assembled a well-organised team that are rigid at the back and more creative in attack than they were a season ago. They are targeting yet another win against Bristol City.

After 25 league games, Middlesbrough held a four-point lead over Derby County and also had a game in hand. Boro’s league-best defensive record of 12 goals conceded during that span is understandable, but Karanka has made clear progress in getting his team to score goals. Their return of 36 goals in 24 games was among the very best in the table.

Boro have not had an out-and-out goal-scorer, but they have been able to maintain their progression thanks to several players chipping in with goals. Cristhian Stuani has been one of the productive, having scored six in 18 appearances. Meanwhile, David Nugent’s return of five in 18 appearances should be better for a player of his experience in English football.

Bristol City were the worst home team in the Championship after 25 games. Their terrible defence was torn apart en route to conceding 20 goals in only 12 games. Bristol City have managed to recover with a couple of home draws in recent weeks, but Saturday will see them face the favourites to win the Championship.

From a talent standpoint, Bristol City are badly lacking in personnel. They won League One last season, but the Robins have failed to build a large enough squad to cope with the rigours of the Championship. This will be their second game in a week and they are likely to be struggling for condition by the time they face the better equipped Middlesbrough squad.

Middlesbrough have been excellent when travelling and face what should be a straightforward encounter with the league’s worst home team. Betfair is offering a Middlesbrough victory at 2.05, which is extremely generous for the Championship leaders.