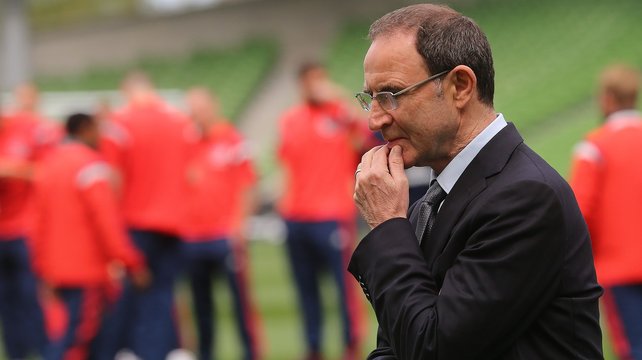 Thierry Henry’s infamous handball deprived Ireland of Ireland of a place in Euro 2010, but this time the Green Army has another chance to qualify for the European Championships. After heroically beating Germany 1-0, Ireland lost 2-1 to Poland to finish third in group D, earning them the right to tackle Bosnia in a two-leg playoff. Ireland face a stern challenge against a Bosnia side that won five of its last six qualifiers.

Bosnia enter the qualification tie in stronger shape. Miralem Pjanić has been in fine form of late, having scored the winner in their final group B game. Aged 25, Pjanić has already racked up 63 caps and delivered an excellent return of nine goals for a midfielder.

Also boding well for Bosnia is the fact that Edin Džeko will appears to be back in solid condition and ready to return to the line-up. The 29-year-old hit-man has scored an impressive 44 goals in 74 appearances.

Pjanić and Džeko will be the principal attacking concerns for Ireland, who will be without the influential John O’Shea. The Sunderland centre-back will miss the first leg to suspension, but could then miss the second because of injury. Attacking-midfielder Jon Walters will also sit out the first leg with a suspension.

Ireland have further absentees to worry about in goalkeeper Shay Given, defender Paul McShane, and striker Shane Long, who was the match-winner against Germany. All of those missing players will make Ireland’s challenge even tougher.

Considering the two-leg design of this qualifier, Ireland will be eager to ensure that they do not lose before the second leg. At that point, they could have O’Shea and Long back in the first XI, so it is imperative that Ireland contain Pjanić and Džeko.

A narrow Bosnia victory would not be the end for an Ireland team that will be closer to strength in the second leg. Martin O’Neill’s men would be wise to adopt a defensive strategy to counter Bosnia’s attacking strengths.