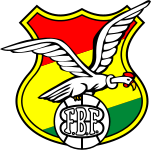 Bolivia v Haiti friendly football match will be 06.02.2013 at Santa Cruz, Bolivia. Bolivia Natioal Football Team can be very dangerous at home matches. They are playing their matches at the highest cities in country and that affects their opponents performance. Sometimes their opponents has admitted that they even breathed hardly while they were playing game in the pitch. Bolivia tends to use their geographical advantage. Because of these reasons Haiti National Football Team should go to Santa Cruz 4-5 days before the match for getting used to climate of Bolivia. Bolivia National Football Team got 2 wins 1 draw and 2 loses in their home matches. They have beaten Praguay (3-1) and Uruguay (4-1) in home. They got draw against Preu (1-1). They lost against Chile (0-2) and Colombia (1-2) in home. Bolivia’s head coach Xabier Azkargorta didn’t call up a few important players for this match. Ronald Rivero from Blooming, Jhasmani Campos from Alania Vladikavkaz, Rudy Cardozo from Bolivar, Juan Carlos Arce from Bolivar, Ricardo Pedriel from Sivasspor won’t be in squad against Haiti. There are still some experienced players in Bolivia squad in this match Ronald Raldes from Colon, Luis Alberto Gutiérrez from Patronato, José Luis Chávez from Atlas, Ronald García from Oriento Petrolero, Marcelo Martins from Gremio will be in squad in Bolivia and these players are good enough to beat Haiti in Santa Cruz. 5 players has been called up to Bolivia squad firstly.

Haiti National Football Team has good players in squad but they couldn’t get what people expected from them till now. Head Coach Israel Blake Cantero has called-up generally local league players for this match. Kevin Lafrance from Pribram, Jean-Eudes Maurice and Kervens Belfort from Le Mans and Jeff Louis from AS Nancy will be in squad.  He didn’t called up Johnny Placide from Reims, Frantz Bertin from Slavia Sofia, Jean Sony Alcenat from Petrolul, Romain Genevois from OGC Nice, James Marcelin from Dallas for this match. It will be a hard match for Haiti side. It will be hard to beat Bolivia with unexperienced players in the highest stadium of South America.