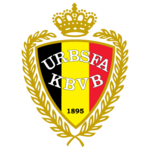 Belgium vs FYR Macedonia football match will be played on 26.03.2013 in Brussels for a World Cup Qualification match.

Belgium already have 13 points in their group joint with Croatia and will most likely be qualifying. They have a really strong squad, including the likes of Eden Hazard, Kevin De Bruyne, Romelu Lukaku, Marouane Fellaini, Vincent Kompany and also their highly rated goal keeper Thibaut Courtois. A very young side with many different talents.

FYR Macedonia will be struggling to qualify. For them to stay in for a chance, they would have to beat Belgium in this match and hope Wales do not beat Croatia when they play or they will be unable to qualify for the World Cup in 2014. I think Belgium will win this match because they beat them 0-2 playing away and now they are playing at home which will give them a better advantage. Eden Hazard their key player that scored in the previous match against FYR Macedonia, will most likely start this match again and is in fine form club and country. FYR Macedonia will most likely make it hard for Belgium as they will try play at their best and stay in the World Cup Qualifier group.