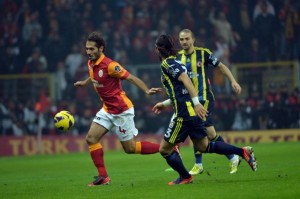 Fenerbahce have problems in local league of Turkey but all the same they had very good performance in Europa League and they have finished group stages in leader position. They have played 5 matches in away at Europe and they got 4 wins and a lose. They have beaten Merseille, Borussia Monchengladbach, SC Vaslui and AEL Limassol in away matches and they have lost against Spartak Moscow. Fenerbahce fans want their team to qualify semi final matches in Europa Cup at the least. Fenerbahce performance has dropped in league but Fenerbahce footballers has focused in this match.