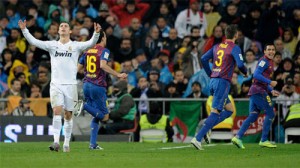 Paris Saint Germain will be looking to play their best football if they were to beat Barcelona. They had a quite good match in the first leg and defended quite well. Thiago Silva was in fine form, keeping Messi at bay most of the time, but Messi still managed to score. PSG will need to get them on the counter and play like they did in the first-leg. If Messi does not play, then PSG has got a really good chance to go through, but they will still need to defend well.

I predict PSG will win this match with a shocker. Barcelona will most likely be the hot favourites to win this match, but without Messi Barcelona are not that strong (if he really doesn’t play) . PSG will need to take advantage of this, even though they are playing away, it will be quite tough.