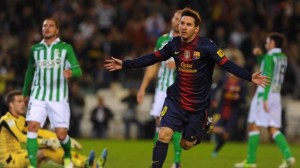 Milan has done very good job against Barcelona and they have won to match with 2-0 score in home. Now they are going to Nou Camp with a good score advantage but it will be too hard for them to keep this advantage at Barcelona. Didav Vila and Nigel De Jong are injured at Milan squad and they won’t be on the pitch against Barcelona. I believe 35 years old defensive midfieler Ambrosini will replace Nigel De Jong in this match. Stephan El Sharaawy is in form at Milan squad and he will play in this match.

Match Prediction: Less then 2,5 goals in the match