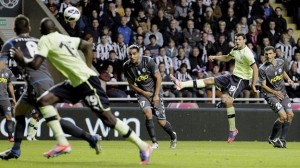 Atromitos v PAS Giannina football match will be in 24.02.2013 at Athens, Greece for Greece Super League. Atromitos got a surprising win against Olympiacos about 3 weeks ago and then they couldn’t win two matches in Greece League. They got draw in both matches with 0-0 score against Veria and Levadiakos. There’s no suspended or injured player at Atromitos squad at the moment.

PAS Giannina is just came after Atromitos in league standings and they are at 5th position in the league at the moment. They didn’t lose 4 matches in a row in Greece Super League and they won’t want to lose this match too. If they lose it, the point difference between Atromitos and PAS Giannina will grow and may be PAS Giannina won’t able to promote play off stage in Greece League.