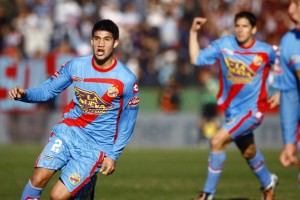 Arsenal Sarandi v Atletico Mineiro football match will be in 26.02.2013 at Sarandi, Argentina for Copa Libertadores match. Arsenal Sarandi got unlucky lose against The Strongest in away match with 1-2 lose. They had red two cards in the match and they conceded last goal in last minutes in the match.Damian Perez and Emilio Zeleya had red card against The Strongest and they won’t able to play against Atletico Minerio.  Emilio Zeleya was the most goal scorer in the club and he won’t be in squad in this match. Actually I don’t think that it will affect Arsenal Sarandi’s performance cause his performance wasn’t very good at Arsenal Sarandi in last matches.