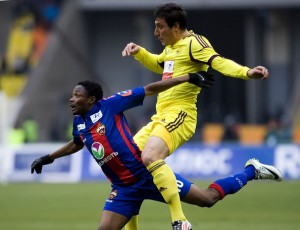 Anzhi v Hannover 96 football match will be in 14.02.2013 at Makhachkala, Russia for UEFA Europa League Match. The match will begin at 17:00 with GMT. Anzhi has played 6 matches in home at Europe tournaments and they have won all these matches. They have beaten Budapest Honved (1-0), Vitesse (2-0), AZ Alkmaar (1-0), Young Boys (2-0) and Liverpool (1-0). They have a good squad and I believe they will do more then this in Europe. They have good players like  Samuel Eto’o, Yuri Zhirkov, Lassana Diarra in their squad. Anzhi also didn’t lose any matches in Russian league too. They got 8 wins and 2 draws in home matches in Russia League.

Hannover 96 has played 5 matches in away in Europe tournaments in this season and they got 2 draws and 3 wins. They have won againstSt Patrick`s Athletic, Slask Wroclaw,Helsingborgs and they got draw against Twente and Levante. I don’t think that opponents strength is equal with Anzhi’s… Hannover 96’s away performance is very poor at Bundesliga. They have lost 8 matches and won 2 matches in away matches.