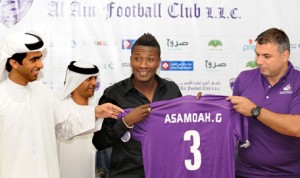 Al Hilal has participated AFC Champions League last year and they have qualified from group stage. However they have faced with Ulsan and they have lost both matches against them. They got 1 wins, 2 draws and 1 lose at away matches last year. One of these draws was against UAE team Al Shabab Dubai. The match has finished with 1-1 score in Dubai. Al Hilal got third position at Saudi Arabia League in last year and they have deserved to participate AFC Champions League. Al Hilal also is in second place in league standings at the moment. Al Hilal has won AFC Champions League two times but it was for a while ago… (in 1992 and 2000) They hadn’t got any international success after 2000 and I don’t think that they will be successful in this year too. When I compare both teams squad Al Ain’s squad quality looks better than Al Hilal’s…