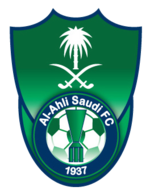 Al Ahli Football Team are in 5th position in the Saudi Arabia Pro League table with 42 points. They are currently out of the qualification position of the AFC Champions League for next season. In their last 3 matches they have won all of them, beating Al Gharafa 2-0, Al Nasr 1-2 and Sepahan 2-4.

Al Ahli key players are: Victor Simões, Emad Al Hosani and Taisir Al Jassim, they will be the main players to watch out for in this match.

Sepahan Football Team is currently top of their Iran Persian Gulf Cup table with 62 points and so far they are highly likely to play in the AFC Champions League next season. In their last 3 matches, they have only won once, against Al Nasr playing away with a 3-0 scoreline. They then lost to Al Gharafa and Al Ahli.

I predict Al Ahli will win this match because they beat them 2-4 playing away, they are now playing at home which will be easier for them.