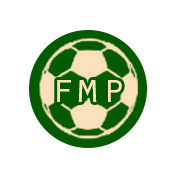 With the riches associated with the top end of the Premier League, the battle for top-flight survival can often get neglected for some fans but with so much to play for, there are a wealth of teams scrapping for their lives once again this season. With only four games played this term, the table can be deceptive and many of the Premier League’s biggest names will be looking to avoid slipping towards the dreaded drop zone.

Three teams will be relegated next May and here are our Premier League relegation predictions:-

The South-Walians defied the odds last season to secure promotion to the Premier League and are well organised under Neil Warnock but operating on their shoestring budget will make life very difficult for the Bluebirds. They have picked up 2 points from their opening 4 games and look to be up against it this term.

David Wagner performed miracles last season by keeping the Terriers in the division but he is hamstrung by a lack of funds and they will have to be at their best for the duration of the 38 game season in order to stay in the league. With 2 points from their opening 4 games and only 2 goals scored, it could be a real slog for the West Yorkshire men this term.

The Clarets enjoyed a superb season last year – finishing 7th under Sean Dyche and qualifying for the Europa League. Their European exploits have come to an end already this season and they will need to improve domestically to avoid a relegation scrap and they only have one point to their name from their opening 4 games.

Manuel Pellegrini has been given a serious budget to spend at West Ham but as yet the results have not arrived. The Hammers sit bottom of the pile with 4 games played and their 9 new summer recruits all appear to be taking time to settle in the Premier League. They have plenty of time to turn things around however and possess plenty of quality on paper.

The Seagulls have started well in their second season in the top-flight, with 4 points from their opening 4 games including a famous home win over Manchester United. Chris Hughton has built an organised and disciplined side and the only question mark perhaps lies over their squad depth were an injury crisis to strike.

The Magpies continue to battle in the Premier League under Rafael Benitez despite continual neglect from boardroom level in the transfer department. Their well-structured team coupled with a fanatical fan base should help them this season but their lack of obvious goal threat could prove costly in the battle for survival.

pays 11.02 as an accumulator with BetVictor.