Guatemala v Colombia friendly football match will be in 06.02.2013 at Miami, Florida, USA. Guatemala National Football Team had dissapointing results in UNCAF Nations Cup. They got three draws at group stages and they couldn’t defeat their weaker opponents. In 5th ranked match they lost against Panama National Football team and they have ended to UNCAF in 6th position out of 7. That was shame for Guatemala. Now they have a hard friendly match against Colombia. Head coach Ever Hugo Almeida has called-up his best players to squad for this match but I am not sure what they can do against Colombia… 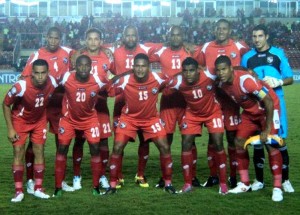 Guatemala will palay with Panama National Football Team in 25.01.2013 for UNCAF Nations Cup 5th place match. Guatemala had dissapointing performance at group stages and they had draw in every matches.  So they couldn’t qualify for semi final matches. They got a draw against Costa Rica in their last match however Costa Rica didn’t get things serious. Guatemala has played 2 friendlies against Panama National Football Team a few days ago and they lost both matches. (0-3, 0-2)