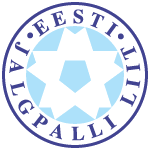 Scotland v Estonia firnedly football match will be in 06.02.2013 at Aberdeen, Scotland for a friendly match. The match will start at 19:45 with GMT. Scotland couldn’t get any success for years in football, they couldn’t even join a tournament for a while. Itseems they won’t join World Cup 2014 too. They couldn’t win any matches in group stages yet. They got draws against Macedonia and Serbia in home and they have lost against Wales and Belgium in away. That’s not promising for future for Scotland squad. Craig Gordon, Darren Fletcher hasn’t been called for squad and they won’t able to play against Estonia.

Estonia National Football team was very close to join Euro 2012 Cup but they have lost in play off matches and they couldn’t join tournament. If they could it would be really serious success for them. They couldn’t play well in WQ and they could just win 1 match in group stage yet. They have lost against Romania, Hungary and Turkey in group and they won against Andorra. Raio Piiroja, Joel Lindpere, Kaimar Saag and Sergei Zenjov hasn’t been called squad for this match.