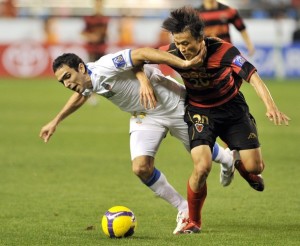 Sanfrecce Hiroshima football team are in 5th position in the J1 League table with 7 points. In their last 5 matches they have 2 wins, 1 draw and lost twice. Their recent win was against Shimizu S-Pulse with a 0-4 scoreline playing away and their player Hisato Sato scored twice. He is their last seasons top goal scorer. Hisato Sato will be the player to watch out for in this match. Sanfrecce Hiroshima will host this match and will have a home advantage but they will be playing against a top side who’s form has been good.