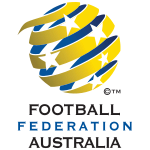 Romania v Australia friendly football match will be in 06.02.2013 at Malaga, Spain.  The match will start at  14:00 with GMT. Romania National Team having better results then their past qualification matches in WQ 2014. They have beaten Andorra, Estonia and Turkey in group stages and they lost against Netherlands. That was an expected lose. Head coach Victor Pițurcă haven’t called up some important players for this match. Ciprian Marica, Bănel Nicoliță, Adrian Mutu, Răzvan Cociș and Bogdan Lobonț won’t be in squad against Australia. Răzvan Raț, Gabriel Tamaș, Ștefan Radu, Gabriel Torje and Costin Lazăr will be in Romania squad in Australia match. They haven’t got experienced players in offensive position of Romania and they may have problem offensive sides of pitch in the match.

Australia National Football Team didn’t perform well in WQ and they are at dangerous position at group. They have lost their last match against Jordan and that was very unexpected result of Australia. Head coach has called up his ideal squad for this match but Tim Cahill, Harry Kewell, Joshua Kennedy won’t be in Australia squad, these players get old and Australia couldn’t grow any good players for replace them. Australia Football’s future is not very promising really. Luke Wilkshire, Lucas Neill, Mark Bresciano will be at squad against Romania.

Match Prediction: Australia is far from his old performance. Romania Wins if they can score a goal.