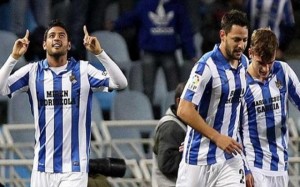 Real Sociedad will host Deportivo La Coruna in home. Real Sociedad is playing good matches and football in home and they got 5 wins, 2 draws and 2 loses in home. They able to beat Sevilla in their last home match with score 2-1.  Last week they faced with Real Madrid and they scored 3 goals against Madrid, however it wasn’t good enough to beat Real Madrid in an away match and they lost 4-3 against Real Madrid. Daniel Estrada had a red card in match and he won’t able to play against Deportivo La Coruna.