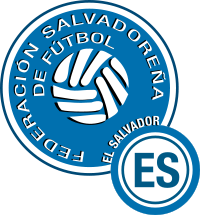 Paraguay v El Salvador friendly football match will be in 06.02.2013 at Asuncion, Paraguay. Paraguay National Football Team had bad performance in CONMEBOL WQ group and they want make things better. Other wise they won’t have any chance for qualift to World Cup 2014. Gerardo Pelusso didn’t call up their important players for this friendly. Roque Santa Cruz, Lucas Barrios, Óscar Cardozo, Cristian Riveros, Marcelo Estigarribia, Hernán Pérez, Darío Verón and Antolín Alcaraz won’t be in Paraguay squad in Asuncion against El Salvador. I means we will see completely a different squad of Paraguay against El Salvador.  Nelson Haedo Valdez from Valencia and captain Paulo Da Silva are the most valuable players of Paraguay squad at the moment. Other players are generally young or unexperienced…

El Salvador National Football Team made a surprise in UNCAF Cup 2013 and they got third position in championship. They passed Panama national football team in group stages and they promote semi final. They have lost against Costa Rica in Semi Final and they got 3rd place with winning against Belize in 3rd place match of UNCAF 2013. El Salvador will be in Asuncion with their young squad as same as Paraguay. Head coach Agustín Castillo will give chance younger players in this match.