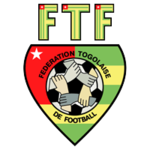 Oman National Football Team will host Togo National Football Team in Sohar in Oman in 29.12.2012. Oman got 3rd place in WAFF Championship. It was surprising result because there were stronger teams like Iran, Bahrain, Qatar and Saudi Arabia in tournament. But they played with team spirit in tournament and they deserved their place. Oman is standing 95th position in FIFA World Rankings.

Togo National Football Team is standing 71th position. Togo is average team of Africa but you can never guess what can they do. Sometimes they lose against weaker teams like Kenya, sometimes they win strongers teams like Morocco. They can always dissapoint you or surprise you. It’s making them more exciting. I think Togo people should proud of them.

Togo National Football Team has generally players who are playing in European Teams. Especially in France.Emannuel Adebayor is the most valuable player of Togo. There are also Komlan Amewou from Nimes, Alaixys Romao from Lorient and Kossi Agassa from Reims.

Match Prediction: I could predict Togo can win this match if this match was in Togo but I can’t guess what can they do in Oman. Both teams have problem with scoring and I believe there won’t be more then 2 goals in the match.