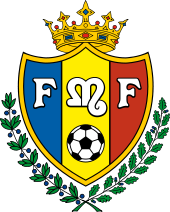 Moldova v Kazakhstan friendly football match will be in 06.02.2013 at Antalya, Turkey.  Moldova National Football Team had surprising result in WQ group matches and got a draw against Ukraine. They generally play very defensive football as same as Kazakhstan. I believe it will be very strange match cause both teams are very defensive. Molodova National Football Team players are generally playing at Russia or Modova Leagues.

Kazakhstan National Football Team had quite bad performance in group. They had just a draw in group and they have lost rest of their matches. They got a draw against Austria in home and the match has ended 0-0. They have lost against Ireland, Germany and Austria.

Match Prediction: There will be less then 3 goals in the match. Moldova wins.