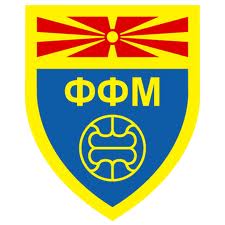 Macedonia v Denmark friendly football match will be in 06.02.2013 at Skopje, Macedonia. The match will begin at 18:30 with GMT. Macedonia football is growing day by day, we can see that it in their match performance. They had good matches in WQ group but good football wasn’t enough for them. They have lost against Croatia two times (away and home) in WQ. However they have played good football in that matches. They have beaten Serbia in home and got a draw against Scotland in away. Macedonia football is raising at the moment but they still need time. I believe they have no chance for promote World Cup 2014 but I think they will hurt many teams in Euro 2016. Head coach Čedomir Janevski has called-up Nikolče Noveski, Goran Pandev and and Ivan Tričkovski against Denmark in this match. Bojan Markoski from Apollon Limassol has firstly called-up for Macedonia team. Ferhan Hasani (14 caps) from Wolfsburg, Vanče Šikov (26 caps)  from Volyn Lutsk and Daniel Georgievski (13 caps) from Steau Bucuresti are injured and they won’t able to play against Denmark. Experienced midfielder Veliče Šumulikoski (83 caps), Stevica Ristić (14 caps) from Suwon, Goran Popov (44 caps) from WBA hasn’t called-up for Macedonia squad.

Denmark National Football Team had good matches in North America and head coach Morten Olsen added young ones their squad. They have played against Canada and Mexico in friendlies in North America. They got draw against Mexico 1-1 and they won over Canda with 4-0 score. Their performance against Canada was very good. Head coach Morten Olsen didn’t calledp up some important players for Denmark Squad. Stephan Andersen (GK), Thomas Sørensen (GK), Simon Poulsen (DEF), Thomas Kahlenberg (MID), Christian Poulsen (MID), Nicklas Bendtner (ST) won’t be in Denmark squad in this friendly match. Daniel Agger (DEF), Simon Kjaer (DEF), William Kvist (MID), Dennis Rommedahl (ST) will be in Denmark squad for this match. I think this will be hard match for Denmark.

Note: It will be a fristly friendly match of these nations. Their last match in Macedonia was in 1996 and match has ended with a draw. 1-1